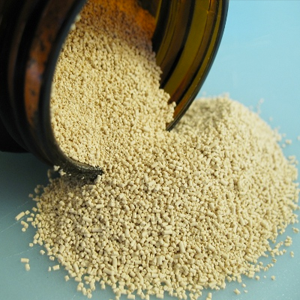 Beta glucans are sugars that are found in the cell walls of bacteria, fungi, yeasts, algae, lichens, and plants, such as oats and barley(1). Beta glucans are absent in human cells(2).There are claims beta glucans can boost the immune system, reduce cholesterol, fight cancer, reduce inflammation, and help with diabetes. Published research on each of these claims follows.

Based on in vitro studies, beta glucans act on several immune receptors and trigger a group of immune cells including macrophages, neutrophils, monocytes, natural killer cells and dendritic cells(2). Current data suggests that Beta glucans are potent immunomodulators with effects on both innate and adaptive immunity(2). Innate immunity refers to nonspecific defense mechanisms that come into play immediately or within hours of an antigen's appearance in the body. These mechanisms include physical barriers such as skin, chemicals in the blood, and immune system cells that attack foreign cells in the body. Adaptive immunity refers to antigen-specific immune response. The adaptive immune response is more complex than the innate. The antigen first must be processed and recognized. Once an antigen has been recognized, the adaptive immune system creates an army of immune cells specifically designed to attack that antigen(3). Beta glucans can act on a variety of membrane receptors found on the immune cells, and may act singly or in combine with other ligands(2).

The mechanism for beta-glucans to lower LDL is considered to be mediated by bile acids binding property of beta-glucans. Beta-glucans increase the transport of LDL into hepatocytes and the conversion of cholesterol into bile acids. Oat and barley beta-glucans have also been shown to be fermented by human fecal microbiota to produce short-chain fatty acids, which have also hypocholesterolemic effect(9). Beta glucan is thought to reduce total serum and low-density lipoprotein cholesterol by forming a viscous mass in the small intestine thus limiting intestinal absorption of dietary cholesterol as well as the re-absorption of bile acids(11).

Beta glucans appear to have no direct cytotoxic effects on common cancer cell lines including carcinoma, sarcoma, and blastoma. In a prospective clinical trial of short term immune effects of oral β-glucan in patients with advanced breast cancer, oral β-glucan can stimulate proliferation and activation of peripheral blood monocytes in patients with advanced breast cancer. Whether that can be translated into clinical benefit remains unanswered(2).

Maitake D-Fraction extracted from Grifola frondosa (Maitake mushroom) was found to decrease the size of the lung, liver and breast tumors in >60% of patients when it was combined with chemotherapy in a 2 arms control study comparing with chemotherapy alone, but the validity of the clinical study was subsequently questioned by another independent observer. Two proteoglycans from Coriolus versicolor (Yun Zhi) are among the most extensively studied β-glucan containing herbs with clinical trials information;. however, both are protein-bound polysaccharides, so their actions are not necessary directly equivalent to pure β-glucans(2).

Chronic inflammatory bowel diseases, e.g. Crohn’s disease (CD) and ulcerative colitis (UC) are expanding with the highest annual CD incidence in North America and the highest annual UC occurrence in Europe. A study conducted on Spraque-Dowley rats fed diets supplemented with 1% of G1 or G2 beta-glucan revealed that supplementation with both beta-glucan fractions led to significant reduction of different type blood leucocytes (lymphocytes T and B, granulocytes and lymphocytes Tc)(5).

Another study showed a positive effect of beta-glucans, especially the low molecular weight form, on the colon tissue of healthy rats, as well as animals with LPS-induced enteritis. The positive influence of beta-glucans was also manifested by the improved values of antioxidative potential markers, noted especially in rats with LPS-induced enteritis(7).

While some studies show beta glucans can help reduce inflammation, some forms may increase inflammation and allergic reactions. One study sensitized mice with house dust mites (HDM) alone or with HDM together with β-glucan and subsequently challenged these mice. When HDM plus β-glucan sensitized mice were challenged with HDM, they developed a more profound pulmonary inflammation, characterized by significantly higher numbers of eosinophils, neutrophils, monocytes/macrophages and T-cells(4).

Diabetes is a chronic condition characterized by high blood glucose level (hyperglycemia) with typical manifestations of thirst, polyuria, polydipsia, and weight loss. Type 2 accounts for 90% of total incidence of diabetes, and is characterized by the resistance to insulin with both hyperglycemia and hyperinsulinemia followed by the deficiency of insulin(9).

3)The University of Arizona. Introduction to immunology tutorial: Innate vs. adaptive immunity. 1997-2000. http://www.biology.arizona.edu/immunology/tutorials/immunology/page3.html

Go back
You are shopping with Robert Hill
*This website and these statements have not been evaluated by the Food and Drug Administration. These products are not intended to diagnose, treat, cure, or prevent any disease. Please consult a properly trained and licensed medical practitioner for medical advice. Individual results may vary. Allergen warning: If you suffer from any allergies, please study product labels carefully before consuming.